I woke up early, felt refreshed and slowly opened my eyes. It took a moment to notice the time - 3:15am. It arrived. For most people, this early morning was the ending of their Saturday night. But for me, it was the start of one of the best days of my life. The day had come. I knew it, and 51,000 other people knew it... It was Marathon Sunday in New York City.

I quickly got up, got ready and was out the door within a few minutes. The feeling that I was leaving something important behind lingered around. I think I was just a bit anxious. It’s not everyday you do something you will remember for the rest of your life. I went down my mental check list. I had my bib number, my Garmin watch, and my trusty pair of Nike Free Runs. Yeah, I was ready.

I’ve made it a habit in life that when I need to be anywhere, I make sure i’m there early. The last thing I needed was a random scenario leaving me away from the starting line. Today was no different, I hailed the first cab I could, and then jumped on the 1 train heading downtown. There was no way I was going to be missing my stop, not today.

I made it to the Staten Island Ferry terminal with a while to spare. Security was tight. First I had to get through a bomb sniffing dog, then a bag check. The lined moved quickly and I sat down and waited. I looked at my watch, 5:10 am. Plenty of time for the 6:15am ferry. Plenty of time to start taking it all in.

I met up with Andrew Hadro a few minutes after 6. Why not start this day, the same way we did almost 3 years ago. We were excited, we shared stories, but we both knew today was going to be far from easy.  Most accomplishments are ever easy. That’s why you put in the work. The harder you work, the better the end result.

We made it to the “Village” as it was called, and after dropping off our bags we wished each other luck. We both had ambitious goals for our first ever marathon. He was going for a sub 3 hour. From the first road race we ever did we knew he was fast. I had a slower goal, 3 hours and 45 minutes. Albeit, both were ambitious, we both were going to try.

I was finally able to meet with my 3rd running partner and friend Ali Magistrali as I headed into my corral. She raised the most money for the S.L.E LUPUS foundation among all three of us and even though we all were going back and forth in emails and even shared a quick hello at the race expo, it was a few weeks since we had a chance to hang.

We still had about an hour to wait before the official start. The weather seemed to get colder and colder as that very hour progressed. It didn’t matter. Everyone in the corral was ready, we were all focused.

I had a few extra layers of clothes on and my top sweater ended on Ali to keep her warm. That hour flew by with the help of few entertaining conversations with some strangers. Next thing we know we are waiting for the final instructions and away we go.

Since 2011 i’ve lost count of how many races i’ve done. After the first 10 it became business as usual. Have a goal, crush the goal, repeat. But this was different. I wasn’t sure if it was the sea of people running across the Verrazano-Narrows bridge, the helicopters flying above, the 26.2 miles ahead of us or just the fact it is the biggest marathon in the world. Either way, it was happening, and I knew 1 thing for certain. I wasn’t going to stop till I crossed the finish line.

We may have started in Staten Island, but the first “stop” was Brooklyn. Let me tell you something about it. Each and every mile was filled with the neighborhood. It didn’t matter if we were in South Brooklyn or North Brooklyn, the people came out to support.

Alison and I stood together for most of the run. She had her name written on her shirt and it was amazing to here how many people shouted her name. Note to self…. Write my name on my shirt!

The first 10 miles was a breeze. It was there when we finished going up 4th avenue towards Atlantic were I saw a blind lady who was running with a guide. You want inspiration? Try running 26.2 miles, now do it blind. I’m not one to get overly emotional but that struck a happy chord with me. I had my own journey just like the other 51,000 runners. I was able to lose 100 pounds and get my life back. But I had all my senses to do so. This lady, along with many others were on a journey that makes them see more then most humans can imagine with their working eyes. Inspiring is the word one can use. Or maybe determined is better. You pick..

As we left Brooklyn, I looked at Ali and told her I was feeling great and told her that it was the easiest half marathon i’ve ever done. Let’s ignore the fact it was about a 1:53 time, off pace for my 3:45 marathon but it didn’t matter. I felt good, We all felt good. Queens came and it started to drizzle just a bit. Nothing of significance, or to slow us down.

14 miles in and I noticed a few people on the side. Some were in pain, some simply were stretching. We kept on. The live bands were always an added bonus. I was set with a 4+ hour play list on my iPhone but at this point I hadn't even pressed play.

The first bit of struggle came in mile 15 as we all were making it up the Queensboro bridge. It’s not that it’s so steep, it’s that it’s a consistent incline. 15 miles in, regardless of your level of fitness this will slow you down a bit. If not with your time, but with the amount of effort it takes to maintain your time.

As I noticed the end of the bridge approaching, I could hear this constant rumble. I didn’t think much of it but simply wondered what it was. For a moment I thought it was a train passing us. The only problem is, there are no trains on this Bridge.

Are those sounds coming from the people?

The wall of sound became louder and louder. Words can’t explain the amount of people, the cheering and the smiles. It wasn’t a train. It was just NYC. That’s the sound of the heart of this city pumping. It’s our family, our friends, it’s simply our story.

I shouted to the crowd “Let me hear you” as if they weren’t loud enough. There response? The cheers were deafening. It’s NYC, we do everything here 100x stronger, don't expect any less.

By mile 18 and 19, I could see people’s faces starting to struggle. I noticed a few walking, and some taking there time at the water stations. The sun was out but it was still cold. As a runner you didn’t notice. You were drenched in sweat. If there was a point that people would drop out, this was it. I was more then prepared for this day. I gave a few words of encouragement as I moved forwarded, but as far as me stopping, It didn’t even cross my mind.

I looked at the watch. 3 hours and counting. I couldn’t help wonder if Andrew had made his goal. He went into this day confident and ready. Between he and I, we put over 3000 miles in the course of the last 12 months. I didn't have much time to wonder. It was time to focus, we were entering the Bronx and as far as I was concerned, it was go time.

I grew up in the bronx, picked up my first musical instrument in the bronx (I would eventually become a professional musician) and lived and breathed the Bronx. This was my home, these were my people. For that very moment it wasn’t about a race, it was about living, it was about the stories that got me to this very point. It was about the struggles, the heartaches, the laughs and the smiles. It was about excepting it all and being happy with the result. My legs were getting tired, but my heart and mind were energized back to 100%.

We crossed over to Manhattan once again. Ali seemed to get her second wind and started to push ahead. She was the first person to talk to me about running. Though I was overweight, out of shape and headed to an early retirement in a grave, she would always ask if I wanted to join her for a few miles. Running a mile at that point in my life was a joke. The idea of running a 5k? Out of reach... running a half marathon? That just was absurd.

They say if you plant a seed in someones mind and continue to nurture it, it has no option but to grow. Maybe Ali knew that, maybe she just wanted another friend to run with. Either way I was happy my love for running was developed. It was only fitting that one of the people that pushed me to run in the first place was slowly pushing ahead. I may have convinced her to run this marathon, but she convinced me to run and I'm pretty sure it saved my life.

I saw my sister and 2 nephews at around mile 22. That gave me a needed push. I wanted my nephews to remember their mother for the sweet lady she was. Lupus is one horrible illness and between Andrew, Ali and I, we were able to raise over $2000 for the foundation. My only hope is that some family in the future will not have to deal with losing a loved one. Not that way..not so young. We miss you Bonnie, we won't forget you.

When you run for a deeper purpose, pain is irrelevant.

Miles 24 and 25 were some of the toughest miles in my life. I had ran 25 miles before, but there’s a difference when you do it casually at a slower pace.
This was the real thing. I put my heart in these miles.. 24 and 25 were hard. I knew I didn’t need to stop, but I didn’t want to slow down to much. That’s where the challenge is. It’s a slow and steady uphill. If you are going to run a marathon it might as well be the NYC marathon and it might as well end going uphill.

Mile 26 came and I was home free. As the finish line approached I started to reminisce about the last 3 years. The struggle to find my inner strength to change inside and out, the support of the friends, and the strangers I met along the way. This journey, though still only in the beginning is a beautiful one. Not because it’s my story, but because those who changed with me. It’s beautiful because whatever that was left over from my old me, left me for good on November 3rd, 2013. Whatever self doubt or excuses I once had, no longer applied.

3 years ago I stepped in the gym, was reborn and given a second chance at life, but on November 3rd, 2013 I realized how to live.

I understand that wholeheartedly.
I am proud. I am a marathoner. 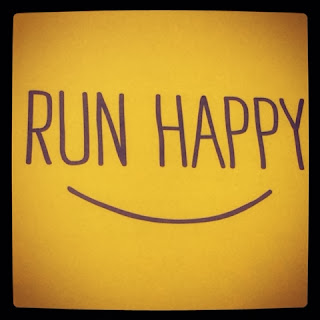 Posted by Albert Rivera at 9:45 AM

Albert Rivera
NY, New York, United States
I'm just a normal guy living in the greatest city in the world simply trying to enjoy life on a daily basis. A musician by trade, with a love for fitness and writing.